Go to the Contents

Jeju is the biggest volcanic island in Korea, which was entirely formed from volcanic activities approximately 1.88 million years ago. 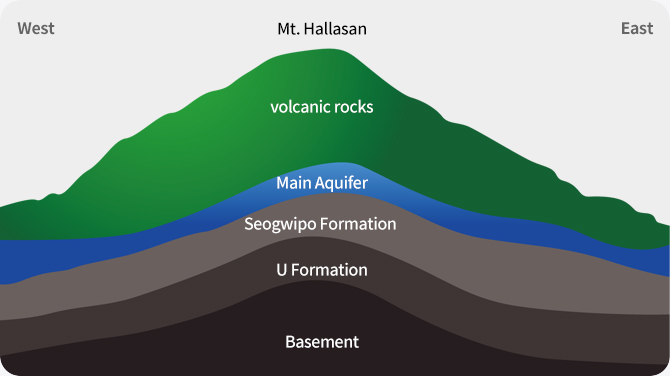 Most of the streams developed on the north-south slopes and streasm length is short and steep slopes, runoff duration is short too.

Because Jeju consist of high permeable volcanic rocks, the streams flow only when the rainfalls is over 50 mm per day.

according to the relation between fresh water and sea water, the characteristics of subsurface geologic structure and groundwater level.

Top to the Contents